Repairs as well as Replacement

Our reputation has been built on quality workmanship, reliability and competitive prices. We provide a complete range of, including maintenance, temporary emergency and permanent repair and roof removal and replacement for all types of roof systems.

Why do we mention repairs as well as replacements?

Altex will work to provide the best solution possible while respecting each customer’s situation and needs. Repairing a roof may be a better short-term solution than replacement because of currently limited finances or other concerns.

A Real “Coming to America” Success Story. Lex was born in Ukraine and moved with his parents to the U.S. when he was 9 years old.  Like so many other Ukrainians, the family came here for a better life as the USSR was breaking up and Russia was trying to re-conquer their country.

Learning the Trade by Doing

By his mid-teens, Lex had been working regularly and found he liked it.  His extended family and friends got him involved in almost every type of construction, including concrete work, framing and his immediate favorite, roofing.  He discovered that he enjoyed working at heights and all the various tasks involved with roofing.

By starting his own firm, Lex proved that he could transition more to running a business rather than just doing a job.  Winning and keeping his customers' trust is his number one goal.  He wants them to experience the full satisfaction of having a roofing job done right that is also backed by a complete, full-service guarantee. 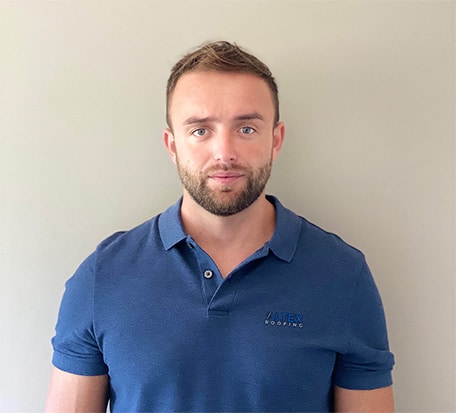 In an emergency or when you need to avoid a major expense, Altex will work with you to keep the
water out of your house – and avoid a big bill now. An emergency or temporary repair may solve
your problem, at least for the short term.

What Our Client Say About Our Work

The following testimonials are from some of our many satisfied clients.

Andy Chiodo is Very Happy with His Altex Roofing Experience